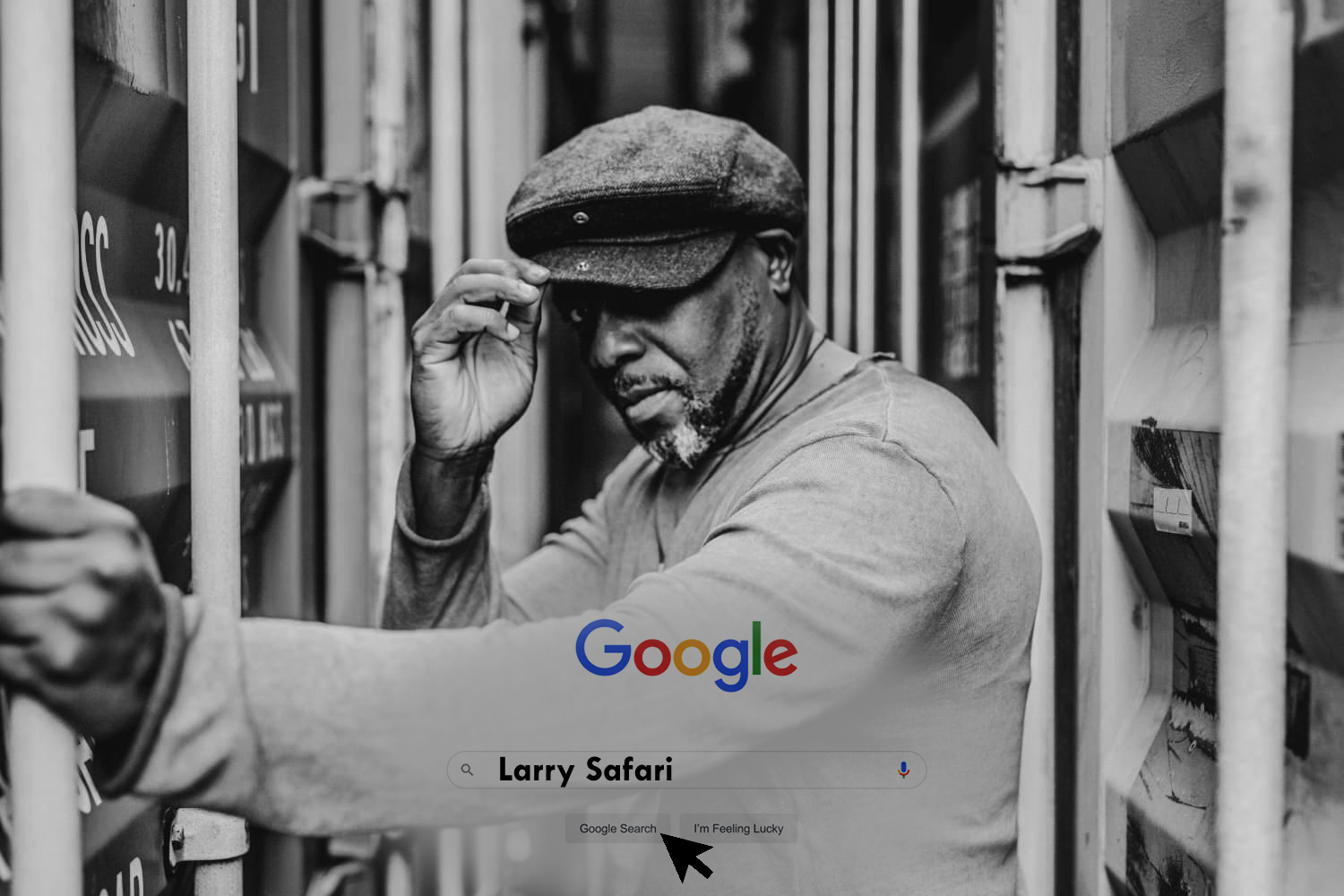 Larry Safari is a Nigerian-born Afro Pop artiste. He came across music way back in the days with his four brothers and a friend. They did some music  together before they all split and Larry started creating music with one of his brothers Mike. Together, they formed their own group called Larry N Mike.

Larry has been involved in so many projects relating to music, being a producer and an independent artiste. Larry N Mike met with MCA and they did some music together which one of it is “Free” and a single track they did which is “Whats Going On” https://topafricmusicvideo.com/video-5-larry-safari-no-go-die/.

After MCA, Larry and his brother Mike decided to put their own thing together and start doing their own music. Their first track which was a fusion of Nigerian Afro Hip Hop style called “E don happen”, after which they did more music together before they went solo for a while.

Right now, Larry is already carving a niche for himself when it comes to Music making and production in Germany, doing it Independently under is own formed Label; Underdogg Productions which he created to Ignite the fusion of independent artist which he likes to call The Underdoggs i.e artists who have no one to help their music career, Larry brings them together doing music and creating a formidable Musical Team in “Underdogg”

Larry has done quite a number of songs with different artists, In Nigeria, Europe and other African countries, some of which went viral on YouTube raking over 15k views. here are some of the songs by Larry Safari and some other collaborations he did with various artists.

Q: Can You please tell our readers your real name as well as your stage name?

A: AGE IS NOTHING BUT A NUMBER, AND I’M OLD ENOUGH TO DO WHAT I’M DOING ALSO READY TO TELL MY FANS WHEN THE TIME IS RIGHT.

Q: Where are you from and Where were you born?

A: I’M FROM DELTA STATE OF NIGERIA BUT WAS BORN IN AJEGUNLE, LAGOS, NIGERIA

Q: At what age did you start making music?

A: MY BROTHERS AND I STARTED MAKING MUSIC AT THE AGE OF 9, BY WATCHING THE JACKSONS PERFORMANCE AND ALSO DOING THE SAME UNTIL ME AND ONE AMONG MY BROTHERS NAMED MIKE OSAZUWA DECIDED TO COME TOGETHER AND FORMED A GROUP CALLED LARRY N MIKE.

Q: What genre of music do you particularly love?

Q: Who is your favorite artist and why?

A: MY FAVOURITE ARTIST IS ED SHEERAN AND MY FAVOURITE SONG IS SHAPE OF YOU, BIGGIE, DIDDY AND OTHERS ENTERTAINING ARTISTES WITH STYLE & SWAG.

Q: What are your hobbies?

Q: Do you play any musical instrument?

A: I PLAY THE KEYBOARD, DRUMS AND PERCUSSIONS

Q: Where do you get your musical inspiration?

A: I GET MY MUSICAL INSPIRATION FROM BACK HOME, SINGING AND LISTENING TO DIFFERENT KINDS OF MUSIC AND I ALSO AS A DJ FOR PARTIES.

Q: Who is your hero?

A: PLEASE I DON’T WANT TO MAKE PEOPLE LOOKING GREAT THAN THE OTHER SO I WILL SAY GOD IS MY HERO. JUST LIKE THE TATTOO ON MY LEFT ARM

Q: Do you write your own music?

A: I DO WRITE AND COMPOSE 70% OF MY MUSIC ALSO WORKING WITH DIFFERENT PRODUCERS

Q: If you were given a chance, which Artist would you love to perform with?

Q: What would you like our readers to know about you?

Feel free to tell our readers more about yourself and your music. Things like your goals in life, and what your current projects are and also let them know where they can get your music or where you will be performing soon or regularly.

I AM LARRY SAFARI, A COOL HEADED ARTISTE AND ALSO A PRODUCER AND I DON’T LIKE THINGS THAT DISTURBS MY CONCENTRATION FOR EXAMPLE (KASALA)

I LOVE MUSIC A LOT, I CANT DO ANYTHING WITHOUT IT AND IT IS ALSO MY SOUL THERAPY BECAUSE IT KEEPS ME STRAIGHTENED UP… OH YEAH

THAT IS WHY I HAVE SUCH A GREAT PASSION TO PRODUCE MUSIC, NOT JUST MY MUSIC ONLY BUT I ALSO LOVE WORKING WITH SOME OTHER TOP ARTIST AND RECORD LABELS.

IF CAN LOOK WAY BACK FROM 1990 I WAS WORKING WITH MY BROTHER GOING TOGETHER AND FORMED A GROUP CALLED LARRY N MIKE WE WHERE SIGNED  UNDER ONE OF THE BIGGEST RECORD LABELS CALLED M C A AND WE HAD A SINGLE OUT CALLED (OSAZUWAS_FREE ) DANCE MUSIC. ALSO WORKING UNIVERSAL RECORDS WITH A SINGLE TITLED LARRY N MIKE WHATS GOING ON. THIS VIDEO ALMOST TOP THE VIVA CHAT. WE HAD A LOT OF PROJECTS WITH DIFFERENT RECORD LABELS IN GERMANY, UK, UNITED STATES AND NIGERIA.

MY MUSIC IS AVAILABLE ON EVERY ONLINE STORE FOR DOWNLOADS